Jimmy Spithill has been known as a helmsman and skipper for many Australian crews. 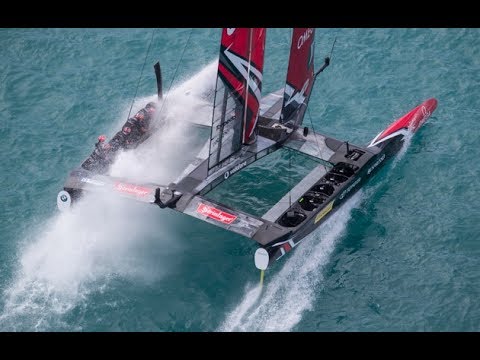 He states that he has been looking for an opportunity to sail and participate in PIC Insurance Coastal Classic. He has gotten his chance to participate in this event this year, which will be taking place on October 20th. He has not been without controversy among the Kiwis. But he is adamant and would like to participate in the race that would be going up the east coast of Northland. The boat would be provided by New Zealand and he would be heading a Kiwi crew.

Spithill has much to be arrogant about, having been helmsman and skipper with crews who have won the American Cup twice. He had also participated in the BMW Oracle Racing, the 2010 version as well as being part of Oracle Team USA in the year 2013. This year he was seen in action in Auld Mug which took part in June. He was unsuccessful, however and his team lost to Team New Zealand. This was the 35th America’s Cup that was held in Bermuda.

If you look at the offshore sailing race which is the PIC Insurance Brokers Coastal Classic, he is considered to be a surprise starter in this event. The sailing race goes from Devonport Wharf of Auckland and would end at Russell which is in the Bay of Islands. The race would begin on October 20th. The boat that he would be a skipper to would be an Orma 60 trimaran vessel called Frank Racing. This boat had been part of the 2014 race where it broke a race record where it had to sail 119 nautical miles. The race would have 150 starting vessels that would range from keel boats to multi hulls as well as mono hulls of high performance.